The Development of Moral and Democratic Competencies is the Key 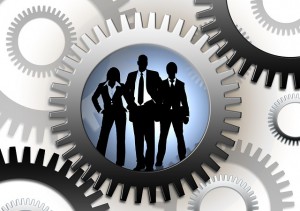 Nowadays companies are influential actors not only in the economy, but also in politics and society in general. That is why the voluntary base of companies’ involvement in a social responsibility process is easy to forget. The engagement of companies in a CSR process is in fact some how obligatory but the art and manner to be involved in it is still voluntary. The confrontation with the complexity of the social problems let us think that companies are not able to solve it individually (Austin, Seitanidi, 2012). Companies should adopt a strategy of interaction and partnership with public organizations and organizations from the third sector (civil society) because they are per se social responsible. The cross sector social partnership is the collective work of two or more organizations from different sectors who share material and human resources to achieve a task (Helmig, Boenigk, 2012). This Partnership can have many forms such PPP (public-private partnership),(BUS-NPO), tripartite partnership or partnership between government and civil society (Helmig.Boenigk, 2012).Those partnerships may have societal results like the reduction of unemployment or organizational results like the exchange of information about ecological questions (Helmig.Boenigk, 2012).

The implementation of partnership is synonymous of interaction between organizations with the purpose of finding a process of common identity development (Seitanidi, 2010). It is also the stage in which different organizational cultures and governance forms will face each other and will be in confrontation. The communication between organizations is very important; the clarification of objectives is a must in order to reduce conflicts (Selsky, Parker, 2005). That is why the degree of engagement, the intensity of the communication, the professionalism of the person who is involved in management are the guarantee of the success of the implantation of CSSP (Seitanidi, 2010)

Governance is the combination of various models of management characterized by borderless interaction between public, private and the third sector. It is a kind of resolution of social problems trough the cooperation and the co-production of different actors in an intern, modern administrative system of management which ensures the democratic representation of new groups of citizen’s engagement (Hohn, 2007). Governance generates transversal decisions which need first of all the acceptation of diversity coming from CSSP. This acceptation will generate the reduction of conflicts and the creation of synergistic value (Austin, Seitaniti, 2012) .The synergistic value itself will privilege the co-creation of value and the co-innovation. In order to achieve this objective, the moral and democratic competencies   (Lind, 2014) of each involved person in the process must be developed

Considering that corporate social responsibility is the legitimate economic, social and ecological counterpart of the environment in which companies live and grow. It should be associated to ethics which means firstly a reflexion and secondly an action that guide to the concretization of responsible behavior (Gafsi,2010). In so far as companies are an influent actor in the economic, social and political life, their engagement in a CSR process is obligatory but the art and the manner to do it is still voluntary. Cross sector partnership is an adequate solution for the concretization of social responsibility, which include organisations from public, private and third sector. However the challenge is the acceptation of the multiple dimensions of diversity within CSSI. To take up this challenge the development of the moral and democratic competences of involved persons is a must that will ensure the success of the exercise of governance.