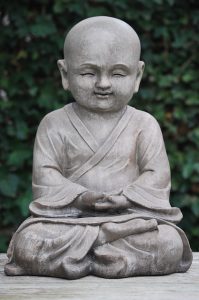 The EASA and my class world religions appreciate very much the launch of the European Academy of Religion. Time is over for contribution of singular academies or only individual remarks. Only together, as Europeans guided by enlightenment, tolerance and respect for the other, we are able to face the negative power of religious fundamentalism and terror. More: As religious academics we are credible for any interreligious debate.

It would be so easy, if we could split up everything in good and evil, in black and white: But the reality of human life in society is complicated and incredibly capable of change. In our societies, we carry with us formative narratives, subjective memories of events that have shaped our society, our parents, grandparents and beyond.

Narratives are the condensed memories that embed us into our society and make up our cultural as well as our historical identity. In the process of integration of historical happenings in an interpretive narrative context from past events arise very different conclusions: For instance, the Crusades became for the European masterminds 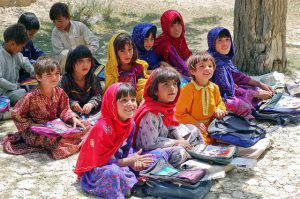 a shameful testimony of misunderstood defense of the faith and reason for self-criticism, sometimes for self-destruction. In Muslim countries, the Crusades became the narrative tradition of a basic attitude of the West, trying to destroy Islam. Both views hide the historical connections and reduce them to a historical point which is absolutely set. This creates narratives that ignore what has led to the Crusades. And just ignore the fact, that the narrative of “Crusades are synonymous for the desire of the West to destroy Islam”, legitimizes injustice and terror today. 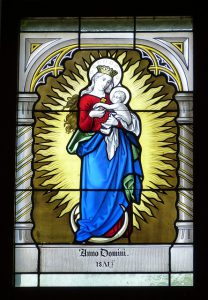 Conversely, the narratives of an “Islamic danger” for Europe, as they are maintained in the circles of Pegida and other extreme right wing groups, make each dialogue with Muslims impossible. Even more, those basic settings only prepare the basis for arson attacks on asylum homes. “In some ways, this is actually just a war of narratives. … We want to get out our counter-narrative against ISIS.”[1]

Europe needs “narratives of life”. Developing these takes a lot of courage and strength. For instance: The courage to communicate our own cultural and religious narratives and to stimulate discussion. The courage to not misunderstand integration as assimilation and not to stir up new fears. The courage as a secular society, to take the other religious people seriously.

From within the religious communities a departure for dialogue with the other has to emerge. Such a real internal and external dialogue of a positive narrative simply does not exist as “Deus ex Machina”. It has to be worked out. Precisely this is described by pastor Wilm from Hamburg: The dialogue „will only work if no side has to deny their identity. Here helps sincerity and conflict culture. Whoever does not want this, whoever denies religious and cultural differences, will prevent reconciliation.”[2]

Will we manage to anchor positive narratives of life in the hearts of men? Only then social cohesion in tolerance and respect for the faith and life of the other will become a new driving force of our continent. Let’s not fool ourselves: In the fight against the narrative of hatred, against peer pressure in religious and secular groups and against terrorism and fanaticism only the focus and the confrontation with the religious beliefs of others will help. Then, and only then, religions can successfully help shape a dynamic and open society. A society without God is no longer capable for a consensus. Today we join together to boost the peacebuilding capacity of religions in society.